How to distinguish IPL, OPT, DPL

With the rise of medical cosmetology in recent years, more and more cosmetology terms appear around us, which often makes us confused. For example, what are IPL, OPT, and DPL in photorejuvenation?

The difference between laser and intense pulsed light 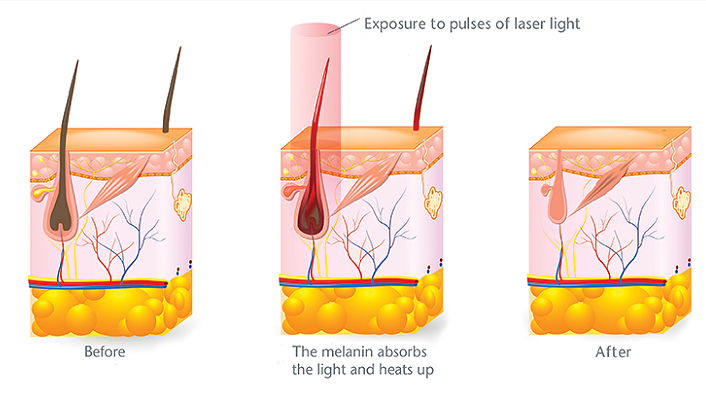 Laser: It is the acronym of Light Amplification by Stimulated Emission of Radiation, which means: the light released by stimulated radiation, which fully explains the essence of laser. In layman's terms, laser is a kind of light with precise action and low diffusion when radiating. For example, in the treatment of freckles, the laser only targets the melanin in the dermis and does not affect the water molecules, hemoglobin or capillaries in the skin. effect. 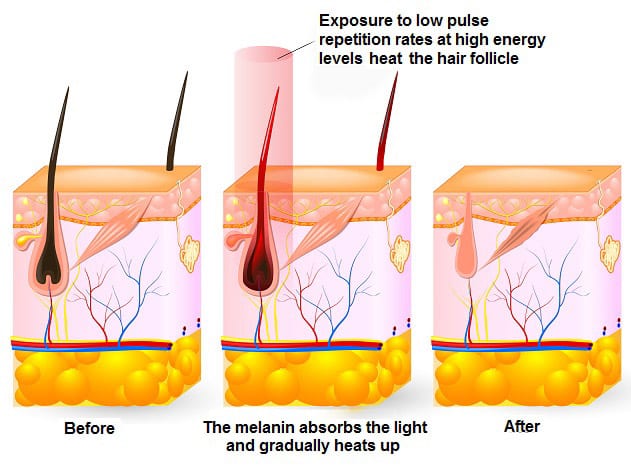 For example, in the treatment of red blood streaks (telangiectasia), it can also improve the dull skin tone and enlarged pores. This is because the target of strong pulsed light is not only the capillaries, but also the melanin and the collagen in the dermal tissue. kick in. In a narrow sense, laser is more "advanced" than intense pulsed light, so when doing freckle removal, birthmark removal, and hair removal, the use of laser equipment is more expensive than using intense pulsed light equipment. 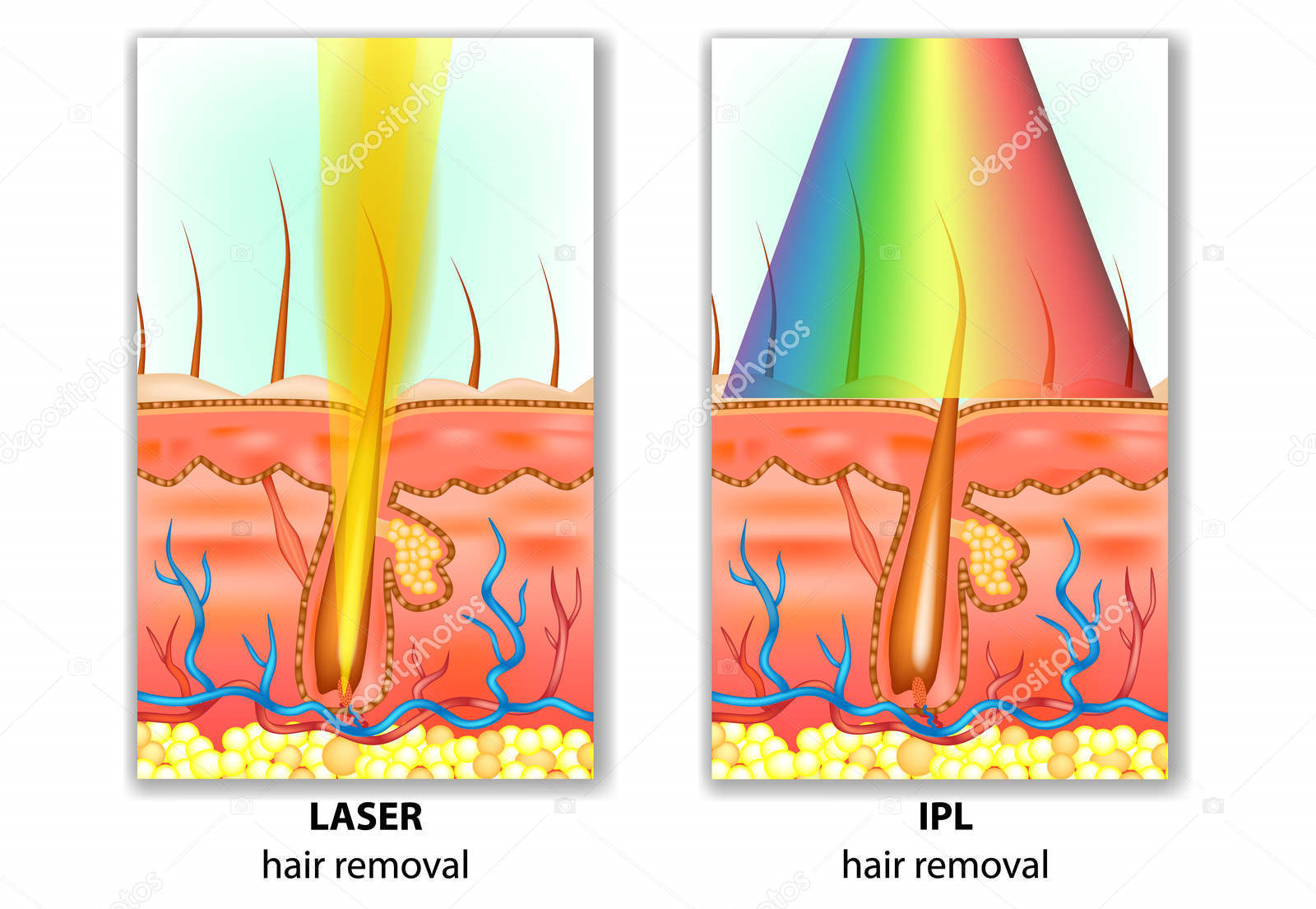 OPT is an upgraded version of IPL, it is the abbreviation of Optimal Pulsed Light, which means "perfect pulsed light" in Chinese. To put it bluntly, it is much better than traditional IPL (or photorejuvenation) in terms of therapeutic effect and safety, and it can truly achieve the purpose of improving skin quality. Compared with traditional strong pulsed light, OPT has the following advantages:

1. OPT is a uniform square wave, which eliminates the energy peak that exceeds the treatment energy at the initial part, effectively controls the entire treatment process, and improves safety.

2. It avoids the problem that the follow-up pulse energy attenuation cannot reach the treatment energy and improves the effectiveness.

3. Each pulse or sub-pulse has a uniform square wave distribution, with excellent treatment reproducibility and repeatability.

The doctor can adjust the pulse width and energy to the greatest extent, effectively avoiding the thermal damage of the invalid spectrum to the skin, reducing the risk of scalding, and the treatment process is gentler, safer and more effective. 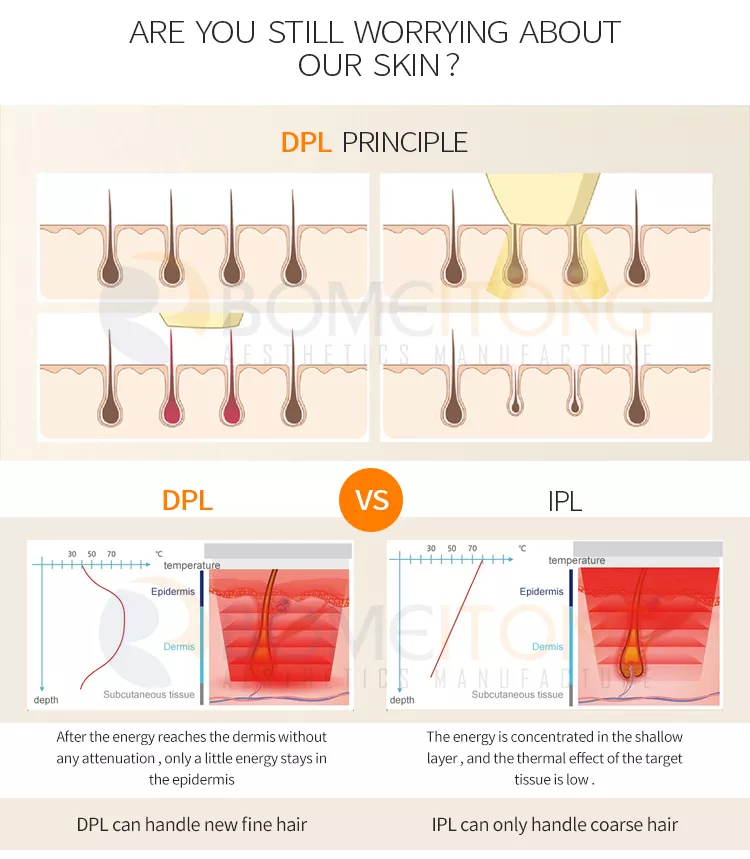 DPL is a high-level upgraded version of IPL. It is the abbreviation of Dye Pulsed Light, which means "dye pulsed light" in Chinese. Many doctors call it narrow-spectrum light rejuvenation and precision rejuvenation. It has a more precise effect than IPL and has a treatment cycle. It is also greatly shortened and can excite selected narrow-spectrum pulsed light in the 100nm band. DPL has the following advantages:

1. DPL Precise 500: The intense pulse light spectrum is compressed within 500 to 600nm and contains two absorption peaks of oxyhemoglobin at the same time. The spectrum is more targeted and used for telangiectasia, post-acne erythema, facial flushing, port wine stains Treatment of vascular diseases.

2. DPL precision 550: The intense pulse light spectrum is compressed within 550 to 650nm, while ensuring the ratio of melanin absorption and penetration depth, which is used for the treatment of pigmented diseases such as freckles, sunburn, and age spots.

Previous: What is the best facial treatment for hyperpigmentation?